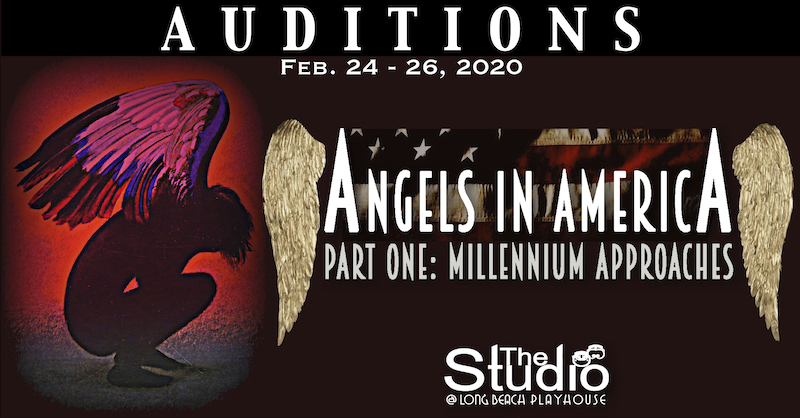 Bring headshot and resume. Sides for cold readings will be provided at the auditions. Must be 18 or older to audition.  The roles of Prior, Joseph (in Part Two), and Harper (in Part Two) will require nudity.

All nudity during the show, rehearsals, and auditions will be handled under strict guidelines.  Please take note that while this is not an Equity production, we will be following guidelines taken from the Equity Rules.

At the Callbacks, the top 2 or 3 contenders for each role requiring nudity should be prepared to disrobe as part of the audition process. The purpose of this is to gauge your willingness to be nude for the role and your comfort level.

No Actor will be asked to disrobe at the Callbacks, in whole or in part, until after they have been auditioned as an Actor.

No Actor will be asked to disrobe if they have indicated that they are not willing to perform nude on their audition form.

A full list of guidelines for nudity at callbacks and rehearsals will be posted in the actor waiting area.

Angels in America is a fantastic and sometimes surreal journey through the lives of two couples during the AIDS crisis in 1985-86.  One couple is Louis, a Jewish word processor, and Prior Walter, a former drag queen who has AIDS.  The other is Joe Pitt, a Mormon Republican and lawyer, and his wife, Harper.  Another key player is the ethically questionable lawyer Roy Cohn, a dramatized version of the real person (Cohn was counsel to Senator Joseph McCarthy during the “Communist witch-hunts” of the 1950’s.)  Cohn is dying of AIDS and is in the process of being disbarred.

NOTE: The Playhouse will produce the second part of ANGELS IN AMERICA: PERESTROIKA as the opener of their 2021 Studio Season at the same time next year.  Actors cast in Part One may be invited back to participate in Part Two after the run of Part One.