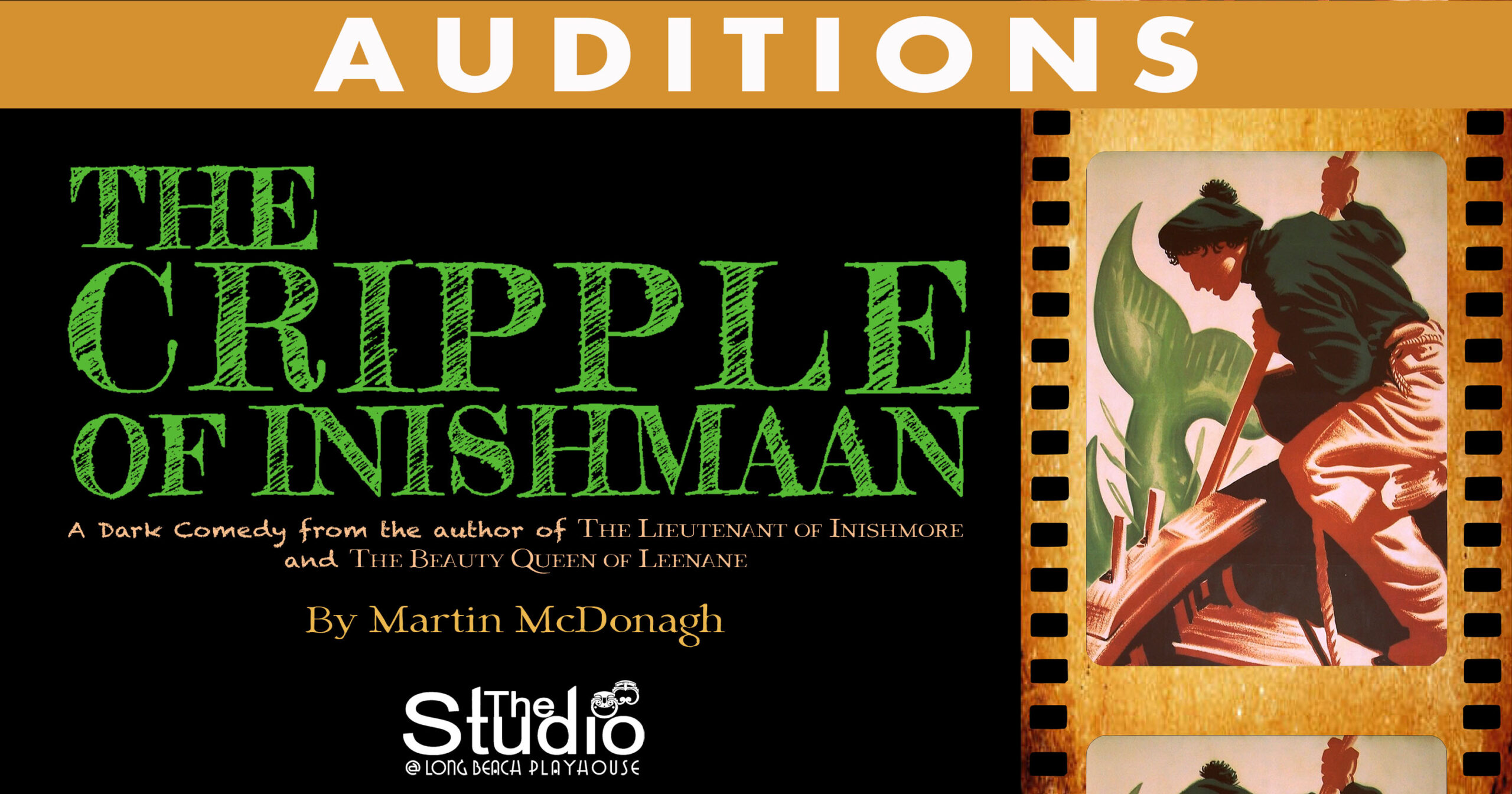 AUDITIONS: THE CRIPPLE OF INISHMAAN

TITLE: THE CRIPPLE OF INISHMAAN

This is a volunteer community theater production.  Non-Equity.  There is no pay. At this time, all volunteers including actors must be fully vaccinated to participate in shows.

Bring headshot and resume. Sides for cold readings will be provided at the auditions. Reading the script prior to auditions will be helpful.

Bring your Irish dialect if you have one.

All ethnicities encouraged to audition.

Set on a remote island off the west coast of Ireland in 1934, THE CRIPPLE OF INISHMAAN is a strange comic tale in the great tradition of Irish storytelling. Word arrives on Inishmaan that the Hollywood director Robert Flaherty is coming to the neighboring island of Inishmore to film Man of Aran and is seeking locals to be in the movie. Young Billy Claven, who is known to the townspeople as Cripple Billy, sees this as a chance to escape the tedium, poverty, and gossip of Inishmaan. A dark comedy full of colorful characters, humor and poignancy.

All ethnicities are encouraged to audition for any role.

BILLY CLAVEN (M, 18 – 25 to play 17/18) A boy with physical deformities that render both his left arm and right leg useless. Over the course of the play, Billy attempts to achieve something, anything, by sailing to Inishmore to audition for a role in a film. He is torn between his obligations to his aunts and his own happiness. Shy and unhappy, he wants to be seen as more than his physical handicap and his tragic past.

KATE OSBORNE (F, 45 – 68 to play mid-60s) One of Billy’s anxious, adoptive aunts, Kate is the most worrisome and the most obsessive. She has a habit of talking to stones when she is under stress.

EILEEN OSBOURNE (F, 45 – 68 to play mid-60s) Billy’s other adoptive aunt. She is more grounded than her sister, but is still a worrier when it comes to Billy, especially when he’s off staring at cows. She is a compulsive candy-eater when she is under stress.

JOHNNYPATEENMIKE (M, 45 – 68 to play mid-60s) The town gossip, he embodies the Irish tradition of storytelling. Bitter and full of his own self-importance, he brings the only kind of news available or interesting to the people of Inishmaan – and he expects payment in kind. He is not above lurking in the shadows to get the scoop on local gossip. He has a combative relationship with his 90 year old alcoholic mother, whom he encourages to die on a regular basis.

HELEN (F, 18 – 25 to play 17/18) Fiery, fierce, and just plain mean in one moment, begrudgingly caring in the next, Helen is a young woman who is not to be messed with. Her self-confidence is part of what makes her so attractive to Billy. She is a brutally comic character who throws eggs at priests, stomps on geese, and beheads a cat before the play is through.

BARTLEY (M, 18-24 to play 16/17) Helen’s not-too-bright younger brother, he is a rural teenage boy who obsesses about telescopes and sweets, asks too many questions, incurs Helen’s wrath on a regular basis, and is fascinated by the island’s few unusual qualities. He may represent the boy Billy would have been in a different life.

BABBYBOBBY BENNET (M, early 30s) Handsome, muscular. One of Inishmaan’s resident boatmen, his wife’s premature death has taken a toll on him. He can be gruff, but there is a sadness in him. He is the only character that is able to truly sympathize with Billy.

DOCTOR McSHARRY (M or F, early 40s) Professional, yet exasperated, McSharry is the island doctor who can oftentimes see the extent of the absurdity on the island. McSharry can be cast as either a male or female character.

MAMMY O’DOUGAL (F, 55-70s to play early 90s) Johnny’s ancient, alcoholic, foul-mouthed mother. Johnny would love nothing more than for Mammy to up and die. Thus, she is constantly engaged in spiteful banter with him. Strong comedic role for someone who can play older.