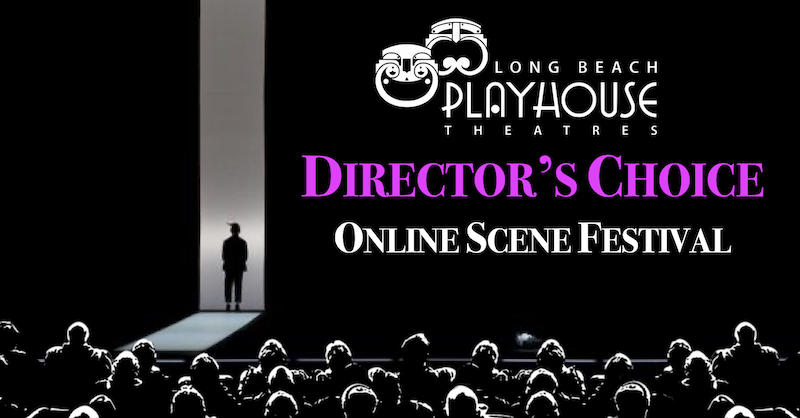 THE NEWEST SCENE in the DIRECTOR’S CHOICE FESTIVAL:

IF YOU LIKED THIS SCENE, PLEASE CONSIDER DONATING HERE

In Henrik Isben’s GHOSTS, secrets and archaic ideas clutch with invisible hands, holding us back from what is possible.  To explore this timely theme, director Holland Renton has curated scenes from the show to distill the relationship between mother (Mrs. Alving) and son (Oswald.), who has returned home after the death of his father, suffering from an unknown but progressive disease that his mother knows the origin of.  Nothing has been rewritten, only extraneous characters and dialogue removed so that the focus of the narrative remains on the relationship between these two.  The result is an examination of the harm caused by keeping truths hidden out of a misguided attempt to save face and protect.

With live theater on a hiatus, we asked some of the Long Beach Playhouse directors who were going to be directing shows this year to get back in the game and direct their favorite scenes from the public domain.  They choose the scenes, they choose the actors, and we are now happy to showcase their work. As the Director’s Choice Festival goes on, we hope to add scenes from further Playhouse directors.

This is a free online event, but we do appreciate any donation may want to make to help us thrive in this time when we can’t do live theater!  To Donate any amount, visit the link below:

Pyramus and Thisby  Scene from A MIDSUMMER NIGHT’S DREAM, Act Five, Scene One

Songs from SHUFFLE ALONG

“To Be, Or Not To Be” Monologue from  HAMLET

Act One of AN IDEAL HUSBAND

LACK follows a trio of lovers, Millie, Ben, and Cheyenne during a time of painful transition. After a tower fire destroys nearly all of their belongings in the midst of a break-up, the three struggle to come together to face the limits of their love, work their way through crisis and miscommunication, and ultimately find a way to come clean together and start anew.

“we loved each other once” :

Isolation. Boredom. Family. Restlessness. Impending end of life. Unanswered questions.  Life slipping by. The timely story of Uncle Vanya combines the exhaustion and resentment of those who work hard every day; their lives being cheated from those city gentry who are lethargic, high-strung, irritable, and constantly complaining.  Sounds all too familiar in COVID 2020…

“Late July, after midnight. The drawing room. A storm is brewing. The Professor, frail and in constant pain with his gout, can’t sleep, keeping the rest of the house awake with his prattle.”

“Early September. 12:45pm.  The study.  Sonya’s secret bursts from her heart, awakening a passion within Yelena.  Astrov discovers Sonya’s secret, prompting a fox-hunt through the forests of Russia.  Vanya while picking roses for Yelena sees everything just before the Professor makes a grandiose announcement that will change their lives forever.”

In “Scenes from Pride & Prejudice”, director Brook Aston focuses on the iconic push and pull relationship between Austen’s most famous lovers, Miss Elizabeth Bennet and Mr. Darcy, in a series of scenes from the story. Will their pride prejudice them from finding true love?

Written and Directed by Susan Boulanger

In the original scene “Out Damn Covid Audition”, an actor turns to her friend for help with her upcoming online audition for Lady Macbeth, and gets some unexpected coaching in this humorous take on backstage politics.

The DIRECTOR’S CHOICE Scene Festival is a Free Event, but if you liked any of the scenes, please consider donating to the Long Beach Playhouse.  Every dollars helps us thrive until we can produce Live Theater again!