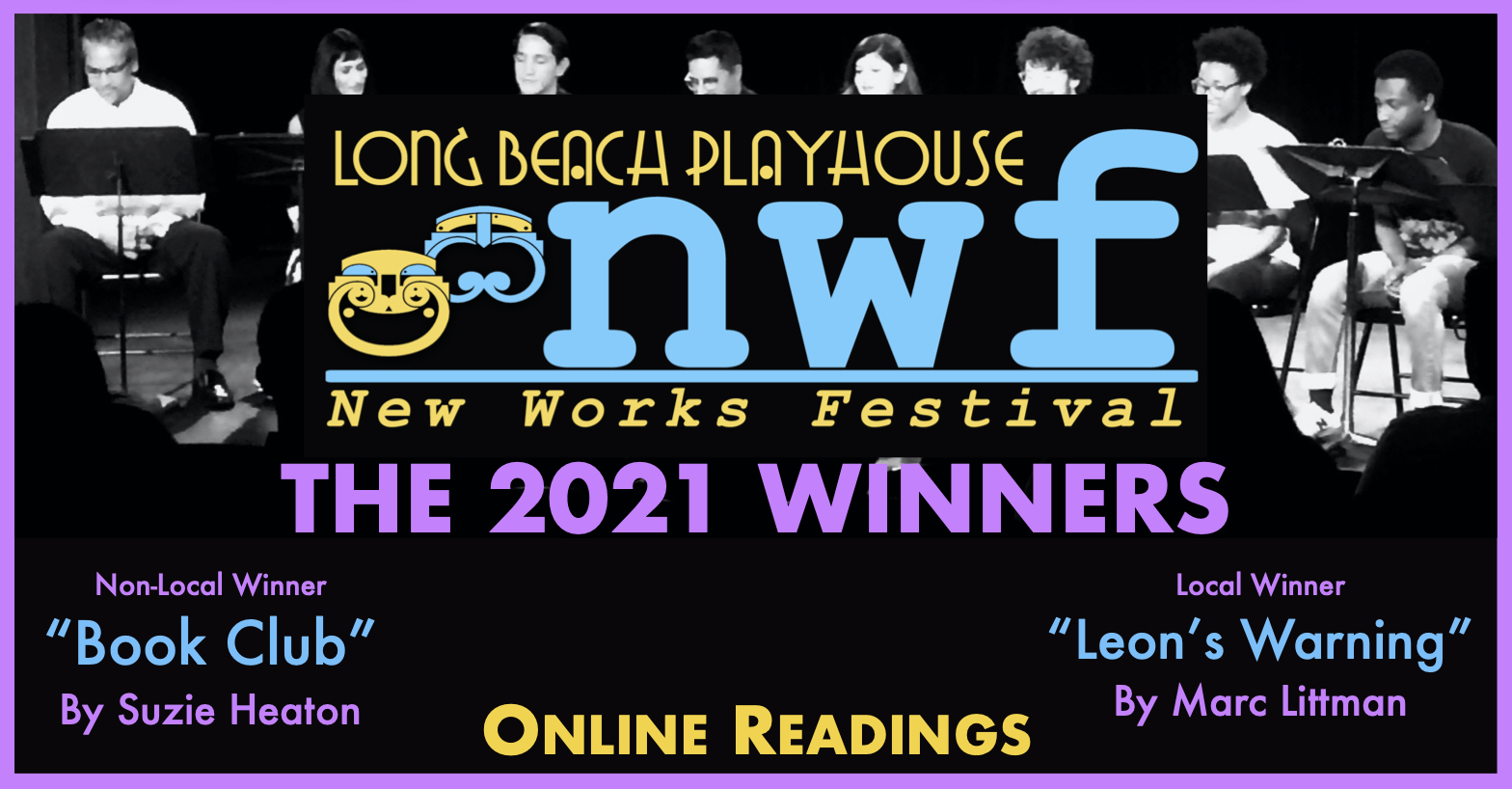 This year, due to the pandemic, the stage readings of the 2021 Winners will be prerecorded and presented online with a live online talkback after the showings.  The readings themselves will be available on here and on our Youtube Channel after the first showing dates.

These reading were made possible by the generous support of the the Port of Long Beach.

In BOOK CLUB by Suzie Heaton, as the old saying goes, “Don’t judge a book by its cover.” Five older ladies are more than just a book club that gossips and drinks tea on Saturday nights. Mistaken identity, stake outs and even dare we say it, murder, ensues as we join our fabulous five on their wild adventures proving that age really is just a number.

In LEON’S WARNING by Marc Littman, an unlikely friendship forms between Derek, an uptight banker, and a homeless veteran named Leon as they slowly and painfully learn the truths about the guilt that each of them carry from their past relationships.  Political and philosophical issues mix with the painful fallout of addiction as they develop an uneasy respect for each other.

DENOUEMENT (formerly titled The Last Comrade) is the story of the death of a certain kind of unsung American hero who lived in the first half of the last century and did much to change the future of this country. It’s based on the life of Phil Raymond, the man who built the Auto Workers Union which became the UAW, CIO. He was the man who led the sit-down strike against GM in Flint, Michigan in 1933. The inspiration for this story comes from a conversation he had with his screenwriter son days before he died in 1989.

LINK TO ONLINE DIGITAL PROGRAM FOR THE READINGS

A baby shower, some wine and a garden of truths forces Joyce to decide if she will engage in her family or shrink from life altogether. With a granddaughter on the way and her Ex’s Wedding on the horizon, Joyce must choose… Safety or Truth.

LINK TO ONLINE DIGITAL PROGRAM FOR THE READINGS