AUDITIONS: THE DIARY OF ANNE FRANK 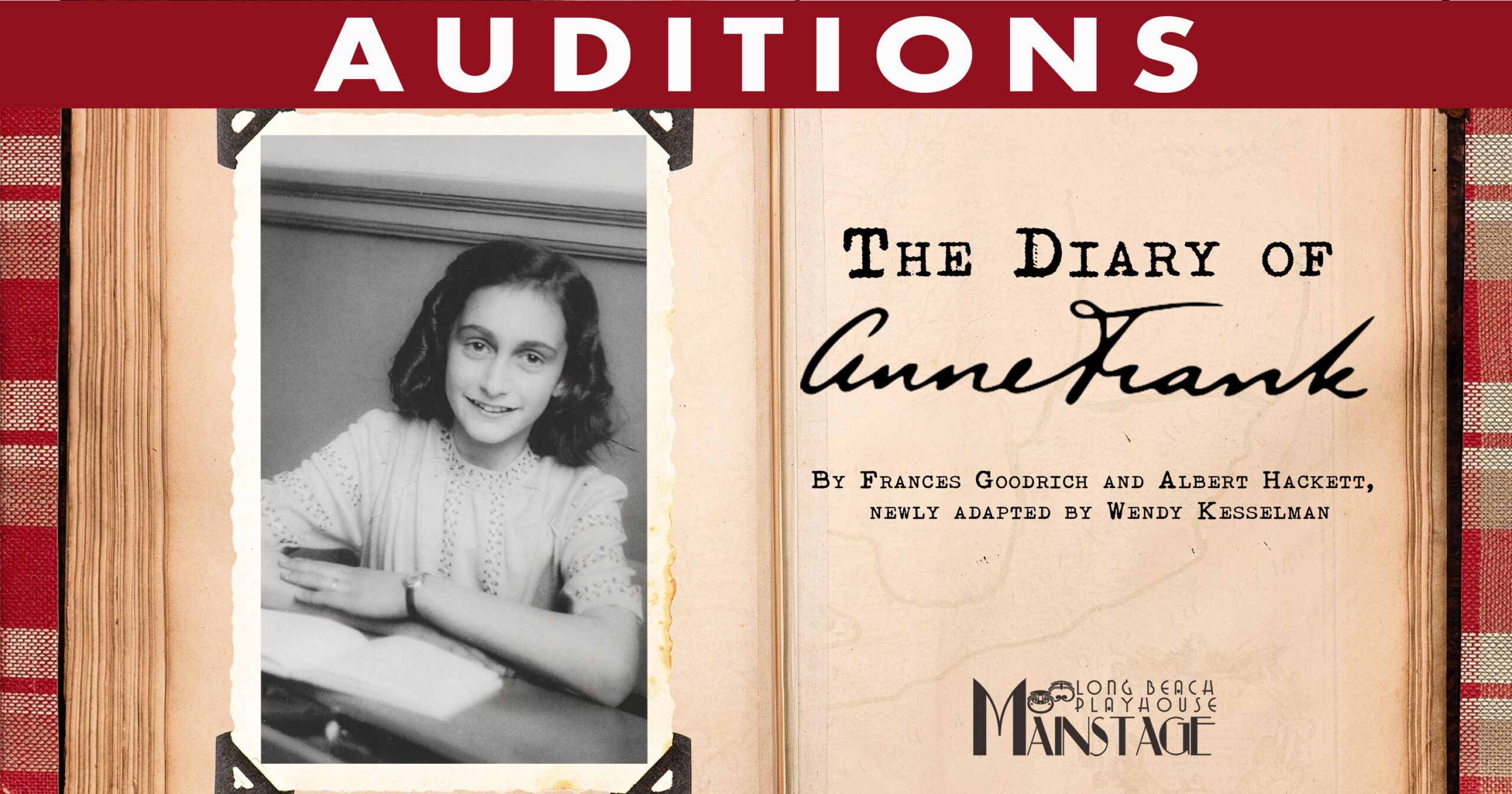 TITLE: THE DIARY OF ANNE FRANK

Fridays & Saturdays 8pm. Sundays at 2pm. Special performances on Thursday and Sunday nights may be added for private parties and special events.

This is a volunteer community theater production.  Non-Equity.  There is no pay. At this time, all volunteers including actors must be fully vaccinated to participate in shows.

In this undeniably moving new adaptation, Anne Frank emerges from history, a living, lyrical, intensely gifted young girl, who confronts her rapidly changing life and the increasing horror of her time with astonishing honesty, wit, and determination. The play takes place in the rooms of the secret annex, rooms attached to her father’s office building in Amsterdam, Holland, during the years of World War II, 1942-1944. Anne’s diary remains a primary source of the perspective of a Jewish girl in hiding from the Nazis, during World War II. Anne’s family, the Van Daan family, and Mr. Dussel hide from the outside world, only aided by Miep and Kraler who give them news, food and medicine.

OTTO FRANK: (M, mid 40s – 50s)  Husband to Edith, father of Anne and Margot, and head of the group living in his annex. Wise, patient, fair, loyal, the leader of the Annex, level-headed.

MIEP GIES:  (F, 25 – 40) A secretary in Mr. Frank’s office. Entrusted by Otto Frank with hiding the Annex occupants from the outside world. Courageous and compassionate.

NAZIS:   (M, 20s – 40s) There are three Nazi soldiers/Dutch Collaborators at the very end of the play. A small, but critical part of the play, their appearance changes the course of the story. They are brutal in their treatment of the Annex occupants.